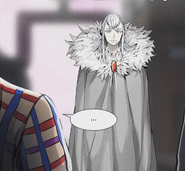 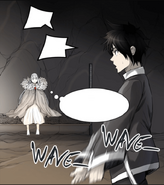 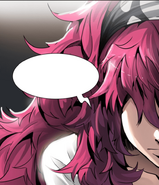 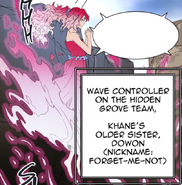 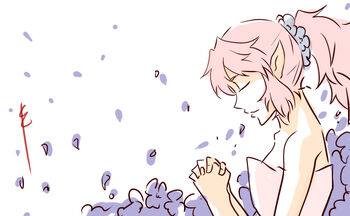 Hello, this is SIU. This week I drew Dowon. I wanted her to look beautiful and eyecatching, I hope she is. Also, I decided to blaze it and bought another high end SSD, but apparently it's not compatible with the motherboard. So now I'm in this weird situation where I'm looking to buy a new computer just for my SSD. I mean, your data's precious, so haha.

This week, since it's just before the battle, we have a lot of dialogue. Something like White and Hatsu's conversation wasn't entirely necessary, but they're both swordsmen, and I wanted to show what kind of a conversation they would have when the two met. Well, they aren't talking too much about the martial art of swords because I'm actually not too well-versed in that department, so it will probably focus entirely on the most fundamental idea of the sword as a tool of combat.

I don't know if you noticed, but there is a shift in White's attitude towards Baam. We don't know if it was after that conversation with Rachel, but whereas before, he treated him like someone he disliked or felt was incompatible with, but now, he seems to be finding similarities between them. He says Baam is overflowing with talent unlike Hatsu, he offers to tell him how to "set a blaze" himself. It's like a workplace senior teaching him how to smoke. What a bad guy hehe. That's how much Baam and white are at the poles with one another. Anyway, I did want to put in White interacting with Baam's party at some point, and that some point became now. This is what happens when you get characters that normally wouldn't interact with each other together, it seems.

Kallavan and Ha Cheonhi's conversation is a foundation for the coming narrative. This arc isn't necessarily to show Kallavan's human side, but it is indeed to show him as a multi-faceted person. That's not to say he's very human, there's more precision to him. I hope you keep an eye on this narrative.

After Sowo's line, we have the beginning of a flashback. It may seem sudden, but it serves a role in the coming battle, and these people can give a hint into the past, so I will be drawing briefly what happened in the past . It won't be a long story, but I hop you look forward to it.

This week's chapter also had a bit of an extra from the Preview Release, and this was following adjustments I made for the next chapter's release. Even for you Preview Readers, I hope you guys enjoy the added content next week as well.

Even though I've been posting here for a long time know, I've been wishing often these days how I wish I can always stay true to where I started. I hope I always have the positive anticipation for new readers, and to create a work that the readers will have that feeling for every chapter, but it's not easy, so as time goes on, I think that thoughts of disappointment can grow. I hear many constructive criticism and compliments, but I often feel I don't meet the standards set by popular expectation or the attention. I don't necessarily wish to craft the a masterpiece, but I do hope that you continue to enjoy the journey.

And with that, next week I will come with the waltz of the flower and the giant snake, as well as Baam being influenced by White the hooligan. I hope you have a healthy and happy week!

PS: Today I Learned that you are not supposed to use the humidifier and the air filter at the same time. My air filter was going crazy...