52F - Baylord Doom(1): After they successfully made Baylord Yama awake from his sleep, Baam and Karaka warned Yama about the coup d'etat's attempt from his exiled brother Baylord Paul to take over The Cage and tried to awaken Baylord Doom (Yama's older brother) who was sealed deep below underground of The Cage by Yama himself. Baam and Karaka also told Yama that Gado, Yama's strongest officer joined the enemy to revolt against him.

As a gratitude for warning him, Yama then decided to tell Twenty-Fifth Baam and Karaka about the real history of the Canines species and his "secret". After hearing the Yama's story, Baam and Karaka rushed immediately to the center of The Cage, because that's the underground location where Doom was sealed.

At the same time, Doom has already been awakened but was stalled by arrival of Khun Aguero Agnis and Rak Wraithraiser who supported ranker Berdych to stop Doom from going any further. 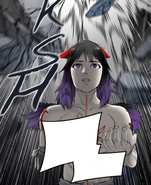 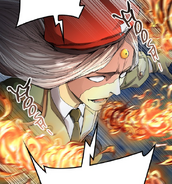 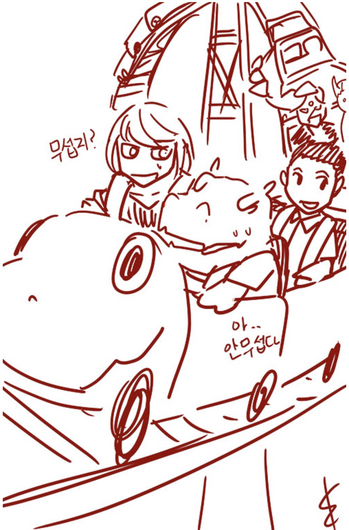 This week's doodle and afterwords will be simple due to bad conditions. To those who were expecting Rak with a bow... sorry, but next time. I thought my neck was getting better, but the moment I push a bit against it hurt again, so I'm taking a break tonight. It doesn't hurt too much, but I do feel a discomfort in my daily life, so I try to be careful. You can never be too careful with your body ^^. Still, please don't worry too much about me.​This week's chapter had a lot of content. We got Yama's backstory. Yama trying to not let the blood of the Dog People leak out and try to keep it in all had a reasoning behind it, it seems. Of course, to the Dog People who want freedom like Dang Dang, Yama's actions wouldn't be justified.

Evankhell and the Elder's Fight. Looks like with Elder signing up Evankhell for a rollercoaster ride, the Elder embarks for the Cage.

With Yama and Doom both awakened, and an Elder on the way to the Cage... This is a dogfight, and a big one too. I hope you guys look forward to what's to come ^^

I think I will wrap things up here and rest. I hope you have a happy and healthy and lively week. Thank you. See you next week ^^