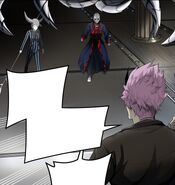 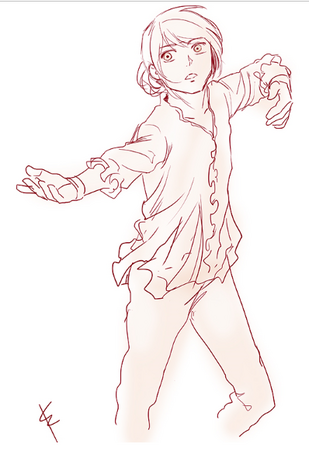 Hello, this is SIU. While I was writing this up today, I wanted to draw this; Baam doing figure skating (I used skater Cha Junhwan's picture as a model) When I do get the time later, I want to make a webtoon about sports.

This week is a continuation of the chaos in the Cage. If haven't noticed by now, Paul's minions are all named after Starbucks cup sizes. I can't go to Starbucks anymore usually, but I do visit when I have to work outside for a bit (because of my weak stomach I don't actually get coffee I get something else ...) I pick up random names from real life when I choose names every once in a while.

On Chang at the start, I wanted to show how the power/technique gap between Ranker and Regular actually brings anticlimactic deaths or results. It's sudden and very mono-directional, but this is the realistic version of what happens between Rankers and Regulars in a "fight".

Karaka's becoming more and more of a tsundere by the day. He's become much softer than from the start (And he's been a kind man to his servants) (TN: STOP IT WITH KARAKA IS FEMALE THEORY! THIS IS COLD. HARD. WORD OF GOD. KARAKA MALE). We're going to get more on Karaka's story at some point as it's essential to the plot, so be on the look out for that.

Baam's battle is now waking up Yama. How Baam ended up going to wake up Yama hehe. Life is all about not knowing what happens next.. (Hmm?)

As for me, in order to treat my neck, I've been getting shots, I've been getting posture correction, changing out desks and equipment. Maintaining my own body is my job, and I'm only apologetic that I have been failing in that regard. I still have a long ways to become a true professional author. I will work harder.

Thank you for reading the chapter and coming out to my blog like this. Stay happy, stay healthy, have a bountiful week, and I will re-TURN with Baam, because he's good at turning.