One year after the battle at the Last Station, Ja Wangnan and Yeo Miseng reunite with Yeo Goseng, who reveals Cassano kept his word and woke up Horyang. One year later again, Ship's Team with Evan Edrok are at the 49th Floor, searching for Yeon Woon to break Khun Aguero Agnis from his frozen state. Rewinding to right after the battle at the Last Station, Madoraco welcomes Karaka, White, and Evankhell onto his ship. Karaka wants help to defeat Kallavan, specifically from Baylord Yama. In exchange for making that happen, Karaka will give Madoraco the Soul-Stirring Ladle. Michael and Apple, along with someone else, are revealed to have warped with the Last Station, where they were waiting for Rachel. Androssi interrogates the Traveller for information on Rachel and Emily, but is interrupted by Anak. Ship's team and Evan leave to find Yeon Woon. Sachi Faker and Boro depart from the team and go their own way. Evankhell starts teaching Baam, giving him a list of battlefields that he must clear. She will teach him something appropriate to each level each time he finishes a battlefield. Several months later, Yeon Yihwa and Hong Danhwa are seen defeated by two mysterous regulars sent by Levy. Two years later, present time, a regular is being hunted down by another regular but the chase is interrupted by Baam. 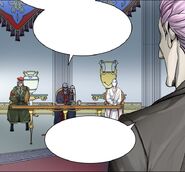 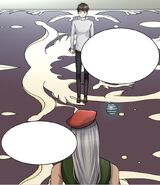 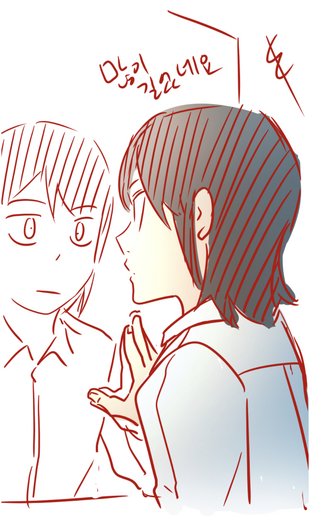 It's been a while yall, this is SIU. I'm back from a break of sorts.

I guess even during the hiatus I almost constantly worked (I forgot Feb was so short...)

But I made a couple of chapters and I had time to make those chapters, so ^^

Even though my pockets got lighter, I thought "I could get used to this ~!!" during that time. Hahaha.

I debated whether I should come back as S2 or S3. Originally S2 was gonna be really long, but a lot of reasons and advice pointed to making me S3. We'll see higher, more influential people in S3.^^

As I end every hiatus, I feel pressured as time goes on what kind of content do I bring back, what kind of narrative do I show. I think my conclusion is that unlike many long-term works, I want to tell a story that is ready in advance. Slow and not too sensational, but more natural, and fun every once in a while. (is this compacancy who cares.) Just like how Baam is facing this great Tower and enemies, I want to give it a natural progression. And if it don't work out, well... I can always just get Baam to cross dress for a bit and watch the views jump... I wonder if that would actually work kek.

​This week's chapter... A lot of frontloaded content from the first chapter. But honestly, considering the last arc kinda got wrapped up in a hurry compared to its size, so I wanted to organize myself by showing the stories of many perspectives before starting. As a result it got big, but some of that will be continued on in coming arcs, so I hope you enjoy them ^^.

I'm uploading again. This time around, I can feel that I am looking at my work from a wider angle. I hope you join me on a new journey with a more relaxed and light heart. Letting go of what was on our shoulders for a few years would help us start a new. Don't take yourself too seriously and let's go. Haha. I was thinking about stopping the Afterwords (T/N: SIU no) But it's been around so long, and I have good memories of here, so I decided to keep it keke.

In the last shot we have Longer-haired Baam. I think we'll keep it here for a bit. Of course if you guys don't like it we'll cut it off hahaha.

I will be back next week ^^ The fine dust is real bad these days, be mindful of your health. Be happy and have a beautiful week.

Retrieved from "https://towerofgod.fandom.com/wiki/Vol.3_Ch.01:_52F_-_Deng_Deng_(0)?oldid=146435"
Community content is available under CC-BY-SA unless otherwise noted.