30F - Tournament (2): This is the eighty-second chapter of Volume 2 of Tower of God. It follows Ja Wangnan who has to face enemies after barely arriving at the Summoning Area and Novick revealing to Reflejo that they and Team Mad Dog have decided to work together to oppose him.

While the two teams on the Northern side of the isle march upon each other, Punk explains the rules of the showdown.

Meanwhile, Wangnan, guided by Khun and R-7 (a summoning helper bot), reaches the Summoning area. After beginning the summoning of Quaetro Blitz, as per Khun's instructions, Wangnan has to hold out against both Tebo & Lebo before his teammate arrives.

Horyang, while fighting alongside Cassano, notices that the opponents are just buying time and is worrying about Viole, who 'heads out to fight Varagarv alone'. As Viole reaches the entrance of the research facility, with the info and key provided by Beta, Reflejo facing Novick realizes that the latter and his God have allied themselves with Varagarv.

-SIU's Note at end of Chapter-
I was ill and in a very bad condition last week.
I deeply apologize for suddenly taking a break.

I always wish to show you good results,
but that desire got ahead of me and I ended up pushing my body to my limits to the point of harm.
I realized that both my body and the chapter were heading in a bad direction,
so I decided to take a break.

I had already planned to participate in next weeks Frankfurt Book Fair long before,
so I will have to take another week break.
I think I will have to apologize once more to you all due to that.

After another week on break,
I will return in a better condition.
I am always thankful. 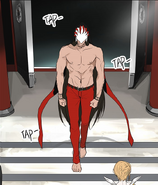 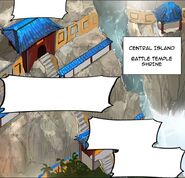 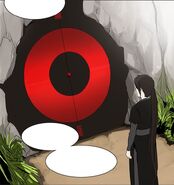 I'm really sorry. I will do my best to recover my condition slowly, without being greedy. And thank you.

I am very sorry.
I will try to be less greedy and recover my condition gradually.
Thank you again.

Was a bit late. I apologize.
As an author and a person, I feel as if the past week was the hardest week.
It was also probably the week I visited the hospital more than ever before within a week. hehe

To be honest, I'm not in a condition to continue the work,
but knowing that taking a lengthy break in the middle of the Workshop Battle isn't the best.
So even if the pace is a bit too fast,
I have decided to take a break after ending the current episode.

As announced within the Webtoon, I will be partaking in Frankfurt challenge.
I worry for both artistic quality and health by taking biweekly breaks,
but as a representative of many Webtoon artists, I will try my best and return.

Retrieved from "https://towerofgod.fandom.com/wiki/Vol.2_Ch.82:_30F_-_Tournament_(2)?oldid=150458"
Community content is available under CC-BY-SA unless otherwise noted.