29F - Bet (2): This is the fifty-third chapter of Volume 2 of Tower of God. It shows Khun piecing together that Viole is Baam, while Leesoo's team and Rak repsond to the news of Khun's death.

Khun has a flashback about what happened just before the Hand of Arlen blew up, and he is wondering whether the FUG Slayer candidate is really the innocent and pure teammate he knew on the Floor of Test. Suddenly regaining consciousness in front of Wangnan yelling at Yihwa for setting fire to the acupuncture needle inside him, Khun takes out the acupuncture needle that was inside him and holds it to Wangnan's throat as Wangnan is yelling at Yihwa to put it out. He is introduced to the rest of Team Tangsooyook, and is surprised at their plainness, expecting the teammates of a FUG Slayer candidate to be scarier.

He looks at Viole's Pocket, noting it's A grade. Khun takes them to his bunker on the 29th Floor, noting Akraptor's shrewdness and hindsight to investigate him thoroughly. Khun tells him he saw their teammates leaving and that the one who has to worry about his teammates is Khun himself. Wangnan opens the door, only to find Dan stabbed and bleeding heavily next to a dead Gyetang. The letters "FUG" are inscribed in blood on the wall by Apple and Michael, who are nowhere to be found. Akraptor takes Dan, who is still barely alive, away. Khun worriedly looks at the stab wounds in his shoes.

After checking on Dan, Khun talks to the others, who try to convince him that Viole had nothing to do with what happened, but Khun tells them that he knows that and head to the roof. Khun while standing on top of the roof pieces together what he knows and concludes the only thing that connects everything is that Jyu Viole Grace is Baam. Hwa Ryun appears and confirms his thoughts, surprising him, since he had always thought of her as a Regular that failed on the 2nd Floor.

On the 30th Floor, Leesoo's team watches the news of Khun's death and the destruction of the Hand which is being reported as a threat from Viole to the Workshop Battle participants. Elsewhere, Parakewl is seen running towards Rak, who's sitting on some rocks in a misty lake and tells him the news of Khun's death. Rak immediately decides that Khun is still alive and up to something again so he sets out to find him. 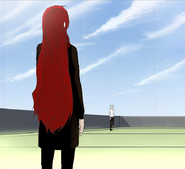 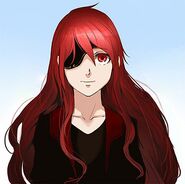 At the moment, I feel like I am the Zoo.

I had some business yesterday, so the afterword is late.
It did take me a long time, but Part I characters have finally returned.
I think you'll have to wait a bit
longer to see them in active, but hope you still look forward nonetheless.

The reason why Rak got split up from Khun will be explored later on.
Khun started acting like an adult ever since he was a little kid.
This, in turn, leads him to bear an inner desire to return to childhood.
Khun is an ironic character in that way.
As an artist, I meticulously draw parts where this is portrayed.
We'll be exploring Khun more deeply in the Khun Family arc which will come later on,
so I think it'll be fine to just enjoy him as he is for now.

According to my original plans, most of the Part I members were changed,
but because so many of you showed attachment,
I changed the setting to include as many of the original members as possible ^^;
In fact, Tower of God was initially planned to be a manhwa with an extremely hardcore setting,
but as I released it on Naver,
I'm toning such hardcore parts down.
Shall I say it reduces the mental breakdowns? Haha.

Then please look forward to next week,
and stay healthy over the week.
Thank you-

Retrieved from "https://towerofgod.fandom.com/wiki/Vol.2_Ch.53:_29F_-_Bet_(2)?oldid=149045"
Community content is available under CC-BY-SA unless otherwise noted.