44F - The Last Station: Kallavan (3): Twenty-Fifth Baam is in awe of Black March, which has ended up in his hand, while Charlie wonders what kind of weapon it is that block his attacks.

With it being no question about who gave Baam the Black March, Ha Cheonhee is quick to question Ha Yuri Zahard's reasons. However, Yuri counters with asking Cheonhee if she wants her to die, since it is clear everyone is intended to be killed. This causes Cheonhee to attack Yuri, while going on a tirade about the responsibilities of the princesses and that dying by Zahard's command is an honour.

While the fight between Kallavan and Ha Jinsung rages, Jinsung questions Kallavan's honour for going after Regulars. However, Kallavan reveals that this is not about the regulars, but rather stopping a larger rift from forming. The regulars are a necessary sacrifice to stop a new war. Jinsung uses Reverse Flow Control, but Kallavan is more resiliant than Jinsung thought and Kallavan remains undamaged. Kallavan responds by using the attack Hurricane Shaker - Backlash Bomber, knocking Jinsung out of the air and causing some damage.

Black March materilizes infront of Baam and after some short greetings, she asks if he needs her power again and why he is not using the power inside him. Baam tells her that he is worried his power will run out. Black March agrees to help him, which will allow him to strech his power out longer. The Black March then ignites, which causes Charlie to become worried and ask the Vice Altar Director about the regulars.

The Vice Alter Director is not worried in the slightest about Baam and he has full faith in his item the Great Whaley ability to hold them. However, Baam unleashes the attack Endless Sky with the Black March destroying Great Whaley in one hit. Androssi Zahard then goes in with her Bong Bong to rescue the hostages, while Vice Alter Director tries to stop her with his attack Jungle Monster. However, Baam uses Shinwonryu to neutralize the attack, surpirsing all the Rankers in the area.

Elpathion notices Baam with the Black March and wonders if he is the missing Irregular from the Second Floor, which causes him to order all his troops to destroy Baam. 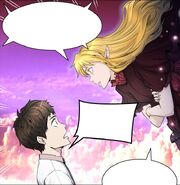 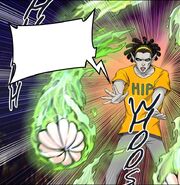 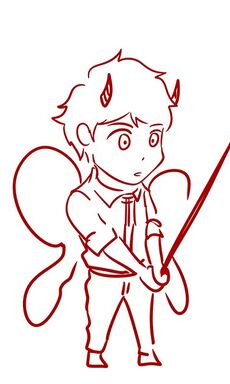 The Afterwords art for this week is fairy!Baam.. Even though he did get called a "crazy" regular..

We have a Baam with Black March for the first time in a long time. It's implied in the story, but the Thirteen Months Series (Black March, Green April) are weapons that have special meanings to them, but not the most powerful weapons in the Tower. They are powerful, but they are a lot more special than powerful. After all, even wielding them is a previlage only a select few have.

Now, the fight between Ha Jinsung and Kalavan is warming up. Kalavan is perhaps not the best opponent for Ha Jinsung to fight. Hardware advantage is an important issue in a fight between martial artists. Of course, Ha Jinsung's combat skills isn't exactly average either, so the battle would have to continue more before we can tell who would win between them.

Personally, I like shots where Baam and Black March are together. Baam is almost always shown with a smaller head compared to others, but since Black March is smaller than normal people overall, this is basically the only time it looks bigger, haha (of course that's not why I like it hehe)

Anyway, "Crazy Baam" with the Black March looks to be dangerous even to Rankers. Since the battle has multiple fronts it's hectic, but I hope you look forward to how all the fronts will progress ^^.

Well then, dress warmly for the chilly weather, stay healthy, and have a happy and warm week. See you next week!

(Oh, and thank you for your varied opinions on the afterwords)

Retrieved from "https://towerofgod.fandom.com/wiki/Vol.2_Ch.329:_44F_-_The_Last_Station:_Kallavan_(3)?oldid=127050"
Community content is available under CC-BY-SA unless otherwise noted.