Ten days later, on the Hell Train, Androssi searches for Hoaqin's final clone while Evan Edrok prompts Hwa Ryun to reveal her intentions and her actions pertaining to the future. A week later, Baam finishes training with the "god" of guardians and is summoned by Hwa Ryun, who explains her plans to their group for when they would arrive at the Last Station in a few hours.

The ruler of the station argues with his daughter, causing her to storm off. Just then, she is alerted to the unexpected arrival of the train to the station, which also surprises the various Regulars and Rankers already waiting at the station. Meanwhile, somewhere within the train, Hoaqin and his final clone agree to become one again... 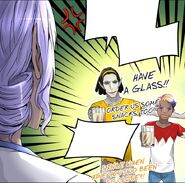 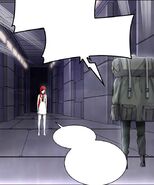 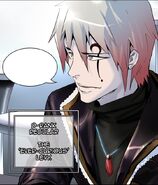 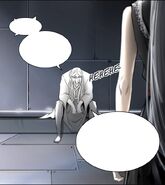 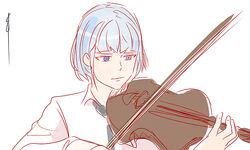 Today, as I had to fuss around with my personal business,
and feel like my energy has been drained, I will keep the postscript short. ha ha

Ah.. It was very challenging to draw. So many characters were coming out
And it’s like “Please look forward to the next week!”-ish
That’s the end of the postscript ha ha How simple was that

Just read the next week’s chapter! I.. I mean please read it, since I worked hard to draw it.

Um.. since this is too short, I’ll add some more
When it comes to naming characters, I am pretty a simple guy(…)
Like, I liked the way it reads or how it feels.. There are many occasions where I use the names of footballers, too
And even in that case, how much the character resembles the football player is the least of my concern
I just use the name if I feel it suits the character ha ha
So you don’t need to try to come up with names’ meanings ha ha.
Of course, some characters (like Yu Han Sung), do have some meanings attached to their names though..

It’s already getting a little chilly at night, so please take care of your health
I hope you have a happy, energetic week.
As for me, I will draw an interesting manhwa to bring it on next week ^^

Retrieved from "https://towerofgod.fandom.com/wiki/Vol.2_Ch.316:_44F_-_The_Last_Station_(1)?oldid=127037"
Community content is available under CC-BY-SA unless otherwise noted.