??F - Hell Train: Khun Edahn (3): Data Asensio teleports to Batis and ask if Team B is the ones to complete his father's wish. Baris tells him that "the person" is not here, as he needed to distract the Big Breeder.

Data Yu Han Sung and Khun Aguero Agnis manage to steal the top of the tower from the Big Breeder's grand quest, using three lighthouses to grab it and teleport it away. However, the Big Breeder Jeok notices them and confronts them.

The villain from Baam's grand quest is completly unscathed from Baam's attack. The Snake Charmer offers to lend help in the fight. Meanwhile, when Rak Wraithraiser is sitting back waiting on a signal from Data Han Sung and Khun he is met by Rachel posing as Icarus.

Data Asensio quickly destroys the champion villain for Team B. Data Maschenny then proceeds to tontact him and scold him, telling him to hurry up since their father is gatting impatient. 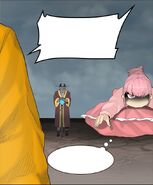 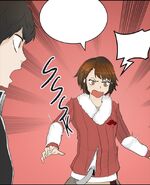 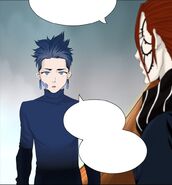 I think there will be a lot of blue in the future. 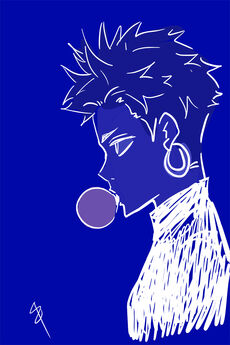 This is season 2 ep 280's postscript.
I had to let my grandmother go and work on the manuscript, so I barely slept for this week.


Even for people whom you already knew they are going to pass away anytime,
when the moment actually comes, it seems it's difficult to accept.
But I will believe that my grandmother went to a good place, and myself will work even harder in here ^^

Anyway, the world of ToG is still going forward this week.
This week again, I showed the Hidden stage and Baam alternatively
The new guy Asensio looks like is telling everyone 'I am Spear Bearer.'
Up to this point, there were many unconventional characters (Rak, Ran) for the Spear Bearer position
So I wanted to show at least one traditional spear bearer character.
It is highly possible that Asensio will appear in future episodes as well


For Baam's side, whether Koon and Yu Hansung's duo (..) is up to a crucial role...
Either Endorsi's archenemy is a pervert or not..
And what kind of guy is new Big Breeder... There will be many things awaiting for you in the next episode.
Since the story is proceeding with quests it feels a little slow
But for the moment, I want the readers naturally feel like they are joining with the characters' journey.
Now that I have spread all the pieces and the story is coming to the point where it will get some momentum
It is going to be more exciting for you soon I think

That's all for today.
I will return with ToG's world next week again
Take care during cold weathers,
I hope this week was wonderful as well
It is my wish that there will be lots of happy things for you and me.

Retrieved from "https://towerofgod.fandom.com/wiki/Vol.2_Ch.280:_%3F%3FF_-_Hell_Train:_Khun_Edahn_(3)?oldid=111352"
Community content is available under CC-BY-SA unless otherwise noted.