39F - Hell Train: The 'Name Hunt' Station (27): Yihwa declares her confidence getting back on the train and Khun concedes but adds that everyone was only responsible for themselves. Saying their goodbyes to Leesoo and his team, the group raced along the path to the train. Seeing this, Evan uses Adam's Glove to conceal the Regulars' presence. Reaching the broken section of the bridge, Androssi begins transporting them across using Bong Bong.

Down below, Yuri and Karaka duel fiercely, with the latter neutralising the former's attacks with his Shinsu technique. Revealing the trump card of his style, Karaka attacks with an accumulative counter technique. While Karaka looks on in astonishment at Yuri coming out unharmed, Yuri notices that the Regulars were trying to get across; Karaka looks up at the bridge and wonders if he noticed anything out of the ordinary. Yuri brings out Kranos to draw Karaka's attention, allowing Khun to direct Androssi to get the rest across safely. Karaka ponders why Yuri would bring out such a prestigiously powerful weapon until he realises she was misdirecting him. As Yuri ignites Kranos and fires off a powerful attack, Karaka sees Androssi using Bong Bong.

Charging head on into the blast, Karaka first uses his armour inventory but, after it fails to endure the power of the ignition, Karaka decides to sacrifice one of the arms that he has 'now', before appearing to self-destruct. Androssi successfully gets the last people over when a bleeding Karaka unexpectedly appears behind them, much to everyone's shock and horror. Preparing an attack in his remaining hand, Karaka asks who of the Regulars he'd need to kill first to make Jyu Viole Grace appear before him... 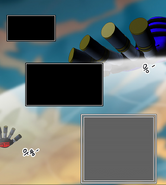 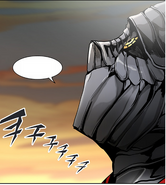 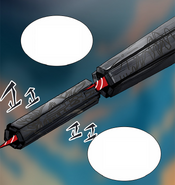 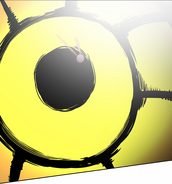 Me.. You have to kill me first..[1]
(Most likely echoing Karaka final words of the chapter.)

For the CSAT there were so many requests
I drew a bunch of characters around Khun and Baam.
Test-takers, give your best
and I hope that you guys get good results.

(Next request will be themed around winter ^^)

It's cold.
I'm not sure if it's the weather or society
but cold for sure.
Personally I prefer a cooler weather over a hotter weather
but at times like these
I wish at least the weather was nice.

This chapter's focus was Karaka and Yuri's fight.
Next week will be Yuri vs Karaka fight's finale.
The reason Karaka was able to find Bong Bong
(as it will be revealed next chapter) is because Evan's items' effects were turned off when Kranos was ignited.
And a Ranker like Karaka usually has eyes of an observer.
Very different from Baam's intuition, very trained, physically trained mental ability.
(And Karaka's originally a Scout-Fisherman hybrid, and has a helmet with Observer-like functions.)
In fact, it's amazing that Evan's items were good enough to hide from Karaka so long.

Kranos is very powerful, even among ignition weapons.
Its range is not wide, but excellent as a weapon of precise destruction, and can be used on all Floors.
But it can only be used once a day ^^;
We also see Urek's name here, as we do in many places.

Urek we'll deal with more deeply later
but he broke the ranking of the High Rankers which was frozen for some time. ^^;
High Rankers rarely fight for their lives
so this is a truly rare fight.


As the tension grows... ^^;
I hope you guys look forward to next week!
I hope it's a hopeful warm winter.
Test takers, stay strong!