Red Greymon explains to Baam and Khun that the auction is usually a quiet event and only the ten bosses assist to it, but this time Kaiser is looking to distract the Named from noticing that the No-Named turned against the them. Khun proceeds to explain the plan to get to the Island where the festival is being held.

Khun reveals that Lesso's team is helping them to save the hostages taken by Kaiser. After entering the Island, Baam encounters one of the ten bosses and engages in a fight.

Ha Jinsung at the gallery. 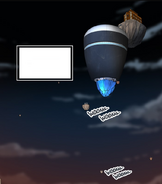 Get ready for party.

Team of many colour head. 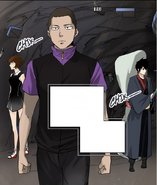 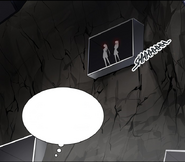 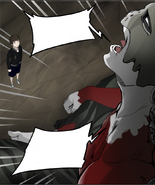 I have a right to be angry.
Add a photo to this gallery


When I think about it, there's so much I haven't tried doing in my life.
And since I started this in University, 90% of my post-Uni life has been with Tower of God...
Of course, one might saw who gets to try everything they want in their life,
but I sometimes wonder what I would be doing if I didn't become an author?
Before Tower of God, I liked procrastinating, so I doubt I would have become anyone great.
These last few weeks I got to think about living as an author.


On this week's chapter:
When I actually drew the Waste Man I actually regretted it.
He didn't fit on the panels and drawing the pipes were such a big challenge.
But then I started to get this sense of gratification(?) so I wanted to draw more,
ironically speaking.
But I had to call it quits due to time.


Ha Jinsung, to the outside world,
is a High Ranker who hasn't done much in such a long time
that he's not that famous in the Tower these days.
A villain in the old legends if you will...;;
But his feats were pretty impressive and he continues to do important stuff later chapters
so he'll become more important as we go into the later arcs.


Character outfits I decided to change up thing for a bit for fun.
Koon puts a lot of attention to detail.
He's my opposite; during summer it's always a tee, shorts, and slippers.

This arc I'm going to push the narrative a bit more before ending it,
so although the work may get harder, but hard work, although hard, makes fun parts and I want
to deliver the best chapters my body will allow, so I hope you guys have fun reading it.
Of course, being good at it and working hard at it has differences ^^;;;
I'm still young. I can do better.


Anyway, I hope you enjoyed this week's chapter, and I hope you guys have a good week.
Stay healthy in the hot weather.
Thank you!
^^[1]