39F - Hell Train: The 'Name Hunt' Station (5): Yuri receive the Regulars informing that they were arriving at the Name Hunt Station. She notices that they are less people than before and Khun explains that Chang and Quaetro took Angel and Buelsar with the White Heavenly Mirror and left, and Candy was going to stay at the train with the Clone.

Wangnan informs to his team that he will stay at the train to hunt Cassano. Wangnan remembers his conversation with Hwa Ryun, where she told him that if he stayed in the train one of his teammates would die. Wangnan informs Yihwa that she was leaving the Sweet and Sour team to climb the tower with Baam since she's strong enough to do it.

Baam remembers his talk with the Blue Demon back at the Rice Pot, and while he watches how the Souls get devoured by him, the Blue Demon tells Baam that's his power, the power to devour and absorb power from others to make it his own.

The train arrives at the station and the announcer names the regulars that are coming out of the train, Kaiser can be seen with two girls surprised by the names of the people that were entering the station. 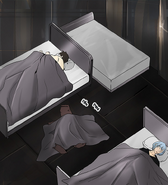 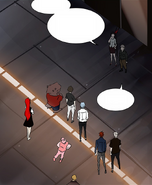 Yuri and Evan greet the Regulars 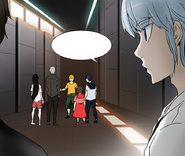 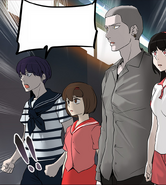 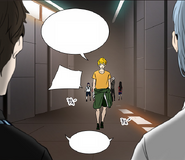 Wangnan gets ready to reveal his plan to Viole 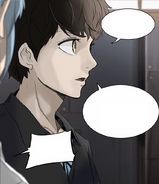 ...and Wangnan gives his regards

Yuri gives her final outline of their task 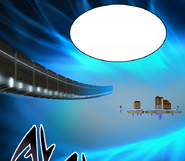 Hell Train arriving at the station 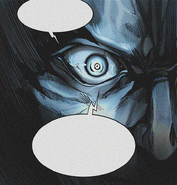 The "Power" revealing the 'real' truth about Baam

The Regulars getting ready to dominate the station

Hello,
this is the afterword of Season 2 Chapter 202~


Team Baam and Team Wangnan parted their ways.
I think I've said this before...
From now Team Wangnan and Team Baam's side will be separated
(Translater's note: Can also mean they'll be on separate sides)
Team Wangnan's story will have a big role in the overall plot, so please wait as the story unfolds.


The Demon of sorts within Baam comes from my desire to show how Baam changes as he experiences the exterior world (the Tower)
(In lore, it was created as the Thorn was activated).
Since Baam is such a pure being I needed a way to cause internal conflict.
If Baam looks for the ideal in front of him, this being coldly speaking of the reality and Baam's power.
Baam's ability may seem similar to Hoaqin's in that they both absorb or unify,
but Baam requires no sacrifice, so it may feel more "royal" in a way.


Baam's party is now at Name Hunt station.
We now have two more dangerous looking people, and now we'll talk more about this mysterious Kaiser.
Like Evan said it's going to require a difficult strategy.
Meeting with Season 1 characters, stories about Androssi. I hope you are excited.


Personally, since I've been doing this for a few years, when things go away from my intent,
when those around me require or greedily ask for things that I can't allow or difficult I feel unable to handle it and tired.
Webtoons themselves are changing in trend and measure of success so I sometimes feel troubled and tired.
But despite my short skills I've received a lot of love and still receiving so I can hope to improve my work bit by bit,
and perhaps problems around me will resolve themselves naturally. ^^
I'm not actually in a hardship compared to some of the other authors, so I always feel blessed.


It's getting hotter and hotter, please stay healthy and have a happy and fun week!
Thank you~!
[1]