38F - Hell Train: The Dallar Show (13): With Rachel's ambush on Koon set up, she prepares to end the game but Rak and Cherry La suddenly appear and quickly lend their aid to Koon in holding off Rachel's allies. Koon then offers Rachel a chance to end the game fairly to which she accepts. With the winner of the game being decided on 'luck' the two get ready to see whom 'god' favours more.

Viole announces his intentions to fight Hoaqin and Yihwa worries on Wangnan's condition only to be blocked by Hoaqin's sword. Hoaqin smugly comments on Viole's arrival and the latter's knowledge on his real identity. Viole then asks how he lost his place as a Slayer and Hoaqin casually replies that he massacred around a billion people. An incensed Yihwa prepares to attack but her flame is nonchalantly put out by Hoaqin who then draws close to Viole and tells him that his legend will begin anew on the train.

The demon is ready... 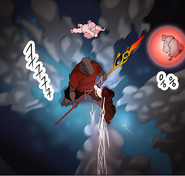 Both take care of the demon 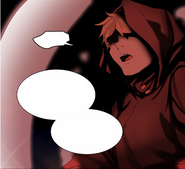 And captures the demon's sidekick 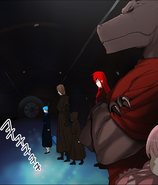 And thus, a new game begins 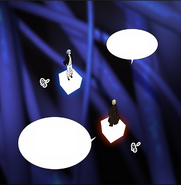 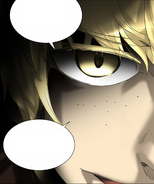 Someone is really excited 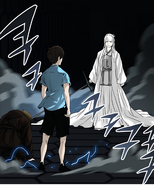 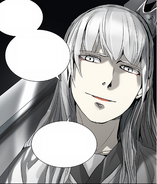 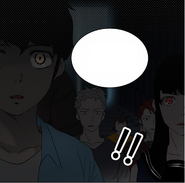 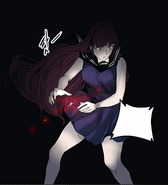 Next course: mashed chesnuts?
Add a photo to this gallery

Koon started playing with his coins
Koon said he’d leave it to luck
But looking at their history neither have that good of a case for luck
So it’s more intriguing who will lose rather than who will win.
Perhaps this should be called a competition to see who has the worse luck..


Next chapter, more focus will go to Baam.
Actually I wanted to put more content into this chapter
But my wrist isn’t doing good recently ㅠㅠ


Battle scenes use more cuts over content, so it was inevitable I had to control them.
But this isn’t that little content, and I am working on the next chapter with some power
So I hope none of you feel too left out ^^:


Aaaand...
To those who were selected for the event, I did sent them, but my concern is
That the figures might be broken.
If you received it, please let me know through the comments/Twitter ~!
(And if you haven’t emailed me your address please do so~!)
Well, have a good week
And hopefully next week I will work hard and bring you guys more content ^^


Below are this chapter’s supplementary notes:

Rak’s spear from the Workshop is good for both offence and defense
Ha Yura’s physical abilities are on par with member of the 10 Families
But as a woman of the Ha Family, it’s below par
However her Shinsoo control ability is excellent


Hoaquin is now about as tall as a model.


To Koon, Ran is a genius but also someone to protect.
Baam also, although more trustworthy, is the same.

Retrieved from "https://towerofgod.fandom.com/wiki/Vol.2_Ch.184:_38F_-_Hell_Train:_The_Dallar_Show_(13)?oldid=126816"
Community content is available under CC-BY-SA unless otherwise noted.