37F - Hell Train: A Month (2): Baam takes on Yokim whilst Hoaqin's other part stops the fighting between Rachel's allies and Bero Bero's team. Later, Hoaqin finally meets up with his other part again whilst Baam finishes his fight with the guardian. 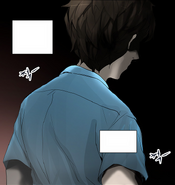 Not So Different After All 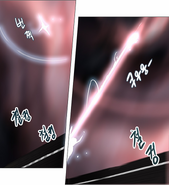 Viole starting his battle with Yokim 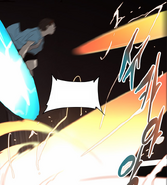 Hand-to-hand battle between Viole and Yokim 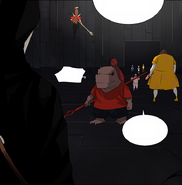 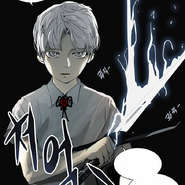 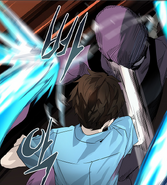 Looks like Hoaquin is eager to become taller.
But it would mean Baam would get into worse situations…


We had a sword named Silver Moray.
Moray is…. a dangerous, aggressive type of fish.


Baam seems to be ready to build up more.
The Train will be a turning point to him, hopefully.


Hope you are excited for tests that will come soon!


Might hold some events with my blog or fancafe.
Ah, I have too little time yet so much I want to do.


Well, I hope you have a happy week, thank you for reading!
-S.I.U