37F - Hell Train: Wooden Horse (5): The fight between Baam and Hoaqin intensifies, with the latter slowly taking the advantage, whilst Daniel and Ha Yura fight their respective battles. However the fight is unexpectedly cut short by the Train conductor who teleports them all to his office.

Elsewhere in the train, Ja Wangnan and Yeon Yihwa encounter a surprising person... 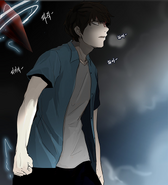 Battle of the blue hairs 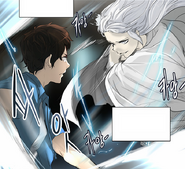 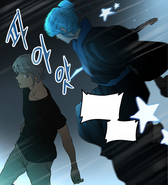 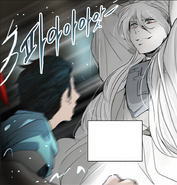 The mysterious conductor of the Hell Train 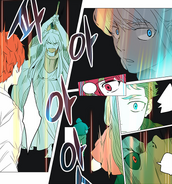 ...straight to the conductor's office 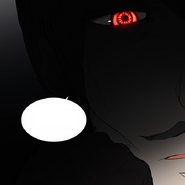 Hello, I'm another part of Hoaqin's soul
Add a photo to this gallery

Hmmm. Baam and co got on the Train at last.
And the 2nd Hoaquin showed up too.
Maybe he does some ninjutsu.


Today's chapter may be confusing.
But things will be explained later.


Like said in this chapter,
Hoaquin uses his Sword more like shinsoo rather than an actual sword.
So it does not has physical restraints of an actual sword.
Baam had trouble finding this out.
The thing is,
even with the knowledge it is hard to counter.


Next week, the Hell Train's arc will be explained, and a new 'quest' will show up.
Then see you next week~

Retrieved from "https://towerofgod.fandom.com/wiki/Vol.2_Ch.164:_37F_-_Hell_Train:_Wooden_Horse_(5)?oldid=126796"
Community content is available under CC-BY-SA unless otherwise noted.