37F - Hell Train: Wooden Horse (3): Daniel looks at Hoaqin as he recalls a flashback to 600 years ago when all the Regulars on the Hell Train found the corpse of the Regular Roen killed and when Roen told him of why she did what she did.

In the present, Koon's ally from the Koon Family overlooks the train whilst Hoaqin manipulates a load of Regulars in the station to attack the two FUG Regulars who challenged him. However the two easily defeat them all and tell him to come down but Hoaqin instead displays his overwhelming power by loosing an impressively large blast of shinsoo that kills almost all the Regulars waiting at the station. As Boro and allies acknowledge Hoaqin's power they decide to wait until 10 minutes before departure to board the train.

With 10 minutes till departure they all rush towards the stairs leading up to the train but Hoaqin notices Boro and flips out as he remembers Boro having the audacity to face him 600 years ago. However, before he can attack, Koon's ally brings down a rain of powerful lightning and electricity upon the Hell Train, halting everyone's progress. He then tells Koon that he had temporarily halted the train's movement and that his actions will be reported to his father, before adding that Koon owed him big time.

Just then, Koon, Baam and Rak rush towards the train as Hoaqin wonders who they are. 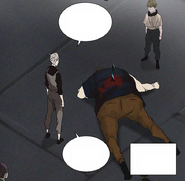 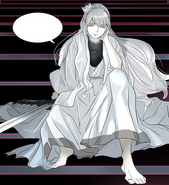 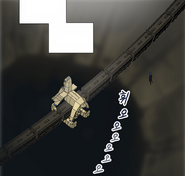 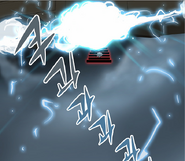 Hoaqin getting ready to show everyone... 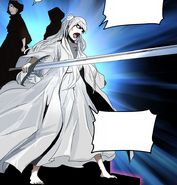 Courtesy of the Koon Family member... 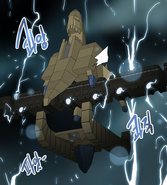 ...a lightning storm from above!

The trio have reached the train!
Add a photo to this gallery

Are you guys having a nice summer?
Personally, I haven't been feeling well these days... ergh...


This chapter was especially long. It may have been a bit too much for me right now.
Well, we saw one of Koon's big brothers (?).
He attacked... well, he stopped the train using electricity.
It was barely within acceptable range. Really damaging the Train would be a big no-no.


Each of the families have their own traits.
The Koon Family’s… they are douchebags.
On the other hand, the Ha Family are machos.


Coming up next, we'll finally have Baam vs Hoaqin.
Black vs White... They form quite the contrast.


Well, be careful not to get sick in this hot summer!
And have a nice week!

Retrieved from "https://towerofgod.fandom.com/wiki/Vol.2_Ch.162:_37F_-_Hell_Train:_Wooden_Horse_(3)?oldid=125622"
Community content is available under CC-BY-SA unless otherwise noted.