37F - Hell Train: Wooden Horse (1): Boro and company arrives at the Hell Train station located on the 37th Floor: Wooden Horse. Meanwhile on the Train's lounge Angel and Yihwa gets into an argument regarding FUG and the Ten Families, Daniel and Hoaqin discuss how the latter managed to save Daniel in the past and Hwa Ryun questions Rachel if using that thing will help her to obtain Hoaqin's heart. At 10:30PM, with just thirty minutes for the Hell Train to arrive at the station, Boro discusses with Koon if his party will really arrive on time to catch up with the train. At the end of the conversation Aka arrives along with an old partner that states the train has arrived to the Wooden Horse. 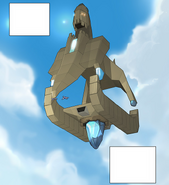 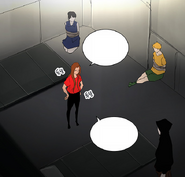 She wants her hair done, everything did! Oh, and Hoaqin is a nutjob! 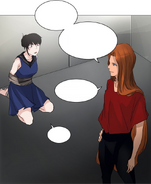 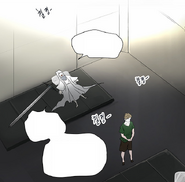 The hungry Hoaqin complaining to Daniel

That day on the train, when Daniel believed that it was all over, "he" appeared... 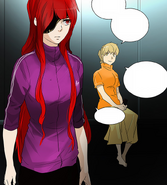 As long as Rachel has Emile, Hwa Ryun ain't a threat 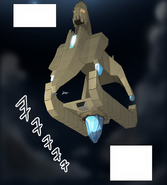 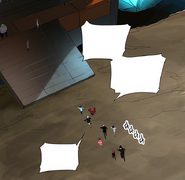 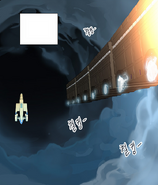 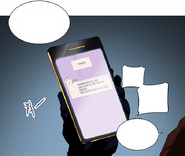 Thanks to the new Samsung Galaxy S7 Emile, Sachi knows just where to be!

"No. I'm Hoaqin biatch, I does what I wants, when I wants!"
Add a photo to this gallery


Sachi Faker has appeared at last.
Next week, Hoaqin will shine.
There is a new assistant to help me with 3D stuff now~


There was a Kidult festival that revealed the long awaited ToG figurines!
link : http://blog.naver.com/gnftoyz/220419830041


[Translator's notes: The information about official ToG and other Webtoon merchandise are to be sold here.
They are accepting overseas order with emails, so do check the post ]

Retrieved from "https://towerofgod.fandom.com/wiki/Vol.2_Ch.160:_37F_-_Hell_Train:_Wooden_Horse_(1)?oldid=126792"
Community content is available under CC-BY-SA unless otherwise noted.