30F - Hell Train: Revolution Road (39): Everyone watches at the Hell Express departs from the station and on to the next Floor. As the Train is leaving, Poro Poe reports back to the Train Conductor as he recalls telling Daniel to resurrect Roen no matter what.

Rachel and her allies step inside the Train with Ha Yura asking if the road in front of them was the "sparkling road". Daniel explains that it was "Revolution Road" and that it held a lot of history, as well as being the road that changed the history of the Tower.

Akraptor asks where the Train was going and Boro explains where it was going and what would happen onboard. A few of them dwell in their apparent failure but Koon is more worried about Baam's condition. Meanwhile, in the Train City tournament, Royal Park's team take on Bero Bero's team in the final match. A disgruntled Rak watches from the stands and Chang tells him to participate if he's so bored. The two converse briefly before Chang ends by saying he'll continue to follow if everything works out up top.

Back at the platform, Akraptor asks Koon what the plan of action is now, when Aka comes over and introduces himself. Koon then asks how Aka and Boro knew Daniel and Aka replies that they used to be comrades when they took on the Hell Express together. However they then heard Daniel died when he attempted to take on the Train again. Aka then says they would need to catch up to the Train by any means to stop their plans but Ran asks if that was even possible. Boro said that it was if they could take the tests to ascend the Floor and then get on the Train before it departs from the station.

Koon then says they should wrap up the current situation first and go to the stadium but Boro notes that there were some people missing. Koon replies that he threw them in during his earlier attack and then mentally notes that by doing so he has prepared an unexpected dagger for Rachel. As they all leave to go back to the stadium, Baam hears the voice calling out to him again, telling him about power to go up higher... 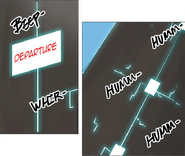 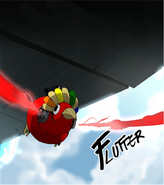 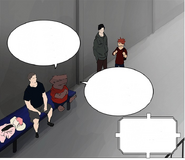 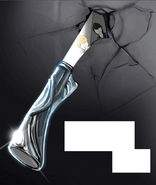 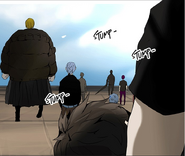 This Episode(arc) is almost over now.
Baam almost stepped on to a new level,
but I guess he fell before he reached it.


Wangnan and Yihwa are on the train,
and it might be the time for Wangnan to shine at last.
Also some change to Baam will be made.


For first time,
a bit of the Great Families’ story will be revealed.

I want to show you all the Tower, a gigantic, magical space…
But it is rather hard…


And next week, I will tell you bad news and good news.

Retrieved from "https://towerofgod.fandom.com/wiki/Vol.2_Ch.151:_30F_-_Hell_Train:_Revolution_Road_(39)?oldid=126783"
Community content is available under CC-BY-SA unless otherwise noted.