30F - Hell Train: Revolution Road (32): Rachel preemptively begins to answer Koon's statement and he replies that she hadn't changed a bit calling her a "sly woman". Rachel ponders it and says to someone else she is a star that shines bright. Koon rebukes this statement and Rachel readies her Lighthouses to attack.

Elsewhere Cassano wonders how he had been damaged by Wangnan's Shinsoo Bomb and Wangnan replies that it was a special bomb created as a control policy by Sophia Amae using the technology from the Workshop. Wangnon notes the dangers of using it but says that it didn't matter as long as he caught Cassano. Wangnan then resumes his attack and Yeon Yihwa joins him after blasting fire at Cassano. Cassano ignites his left arm and, seeing he has got serious, Wangnan changes bombs and launches a powerful combination attack with Yihwa that engulfs Cassano in an eruption of fire.

Rachel notices Cassano's predicament but Koon regains her attention by readying to attack. Rachel asks him if he could really beat her that easily and Koon confirms that he could before leaping towards her in attack. Rachel retaliates by decompressing one of her Lighthouses and crushing Koon with it. However Koon nonchalantly slices his way free and compliments her on using such a powerful skill, which shocks Rachel. While Koon coolly berates Rachel, one of her allies wonders if it is time to get involved.

Suddenly Daniel and Angel come racing to the top of the stairs followed closely by Baam. When Baam reaches the top he sees Rachel and the two look at each in mutual surprise. 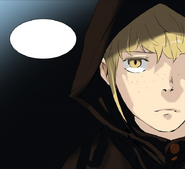 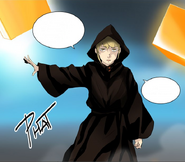 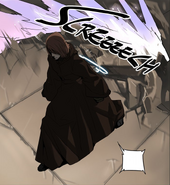 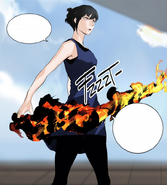 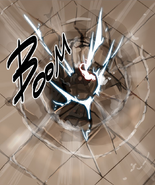 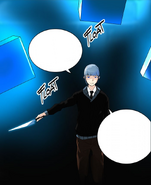 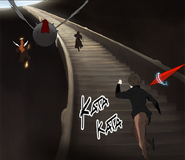 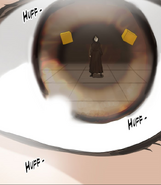 Thanks everyone for worrying about me.

But I am fine, so don’t worry.

Well then, see you next week~

[TL note: It seems that there was a different version before this? Not sure. :/]

Retrieved from "https://towerofgod.fandom.com/wiki/Vol.2_Ch.144:_30F_-_Hell_Train:_Revolution_Road_(32)?oldid=125640"
Community content is available under CC-BY-SA unless otherwise noted.