30F - Hell Train: Revolution Road (2): After hearing Repellista's words, Yuri is astounded to hear that, "that boy", is still alive. Repellista then tells Yuri that she'd have to get on the Hell Express to be sure and finishes by telling her older sister how she would be able to board.

Meanwhile Evan questions Alumik's intentions regarding Princess Yuri, but Alumik nonchalantly implies that Baam was still alive, thanks in part to his status as an Irregular. Evan is left incredulous by Alumik's statements but is swiftly whisked away by Yuri before he can further question him.

As Yuri and Evan leave, the Princess reveals to her partner that Baam was alive, much to Evan's disbelief. She then puts forward the idea that the events on the Floor of Test could have been rigged and Yu Han Sung may know something about it. Evan then asks if they were going back to the Second Floor but Yuri replies that they were going to get on board the Hell Express instead, to find Baam and discover what really happened.

Aboard a private train for Regulars, heading for Train City, Hanool Kang and Felix praise Boro for being able to retain his Express Ticket and then Hanool wonders whether Sachi Faker was as strong as the rumours said with Felix adding that they were similar to the rumours of Jyu Viole Grace back at E-rank level. Boro then tells the two to stop speaking Sachi's name so carelessly, as names carries odd forces, just as a mysterious blue-skinned man walks in. Boro notices the man and realises with dismay that he was a "Ticket Hunter". 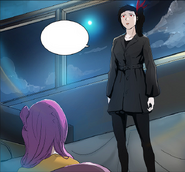 Yuri's shock after finding out Baam is still alive 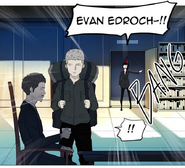 Evan is asking about their destination 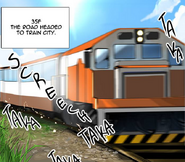 An announcement of a concert for an idol named Ha Yura 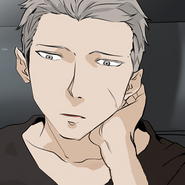 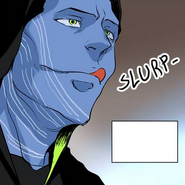 The protagonist will appear next week.

(I deeply apologize for taking a break last week due to personal matters.
This will not happen again. Thank you ^^)

I had to go on hiatus last week due to some personal problems.

I can’t say it in detail, but it was something bad and difficult.
The work was actually basically all done, but I needed to put in the finishing touches.
The management team suggested taking a week off, so I did.

Sorry for making all of you worried. I will try my best so it won’t happen again.
Now the Hell Train arc will begin.
I had many worries about when to cut it off,
but I ended up cutting it off and decided to start properly next week.

Next week I will have some real story going on, along with some battle action.
I’ll need some time to adjust to starting a new arc too.

I will try hard starting from next week. ^^
Thank you!