Twenty-Fifth Baam (스물다섯번째 밤, Seumooldahseotbeonjjae Bahm; "Twenty-Fifth Night") or simply Baam for short, is an Irregular and the main protagonists of Tower of God. Baam entered the Tower in search of his best friend Rachel, another Irregular,[11][12] and after passing Headon's test he was deemed worthy of climbing the Tower. After later being forcibly recruited into FUG, Baam joined Team Tangsooyook and managed to escape from FUG's clutches, eventually reuniting with his old friends and teammates. Due to his affiliations with FUG, he also goes by the name Jyu Viole Grace (쥬 비올레 그레이스, Jyu Biolle Geuleiseu). After the battle of the last station, he decides to return to FUG in order to become more powerful, in order to track down Kallavan and prepare for the war against his army.

He is currently at the 52nd floor.

A few months after the shut down of the independent Tower of God android game by Neowiz Able Studio, a mobile game "Seven Knight" announced the game collaboration with Tower of God characters. Seven Knight decided to present 4 characters of Tower of God that includes Enryu, Yuri Zahard, Khun AA, and Baam. This game collaboration itself more likely a marketing purposes for Korean, in order to increase the popularity of tower of god as a webtoon, because these characters are only available at the Korean Server, not the global one. For more info about the details of Baam as a game character, please visit Seven Knights Wiki (Baam). 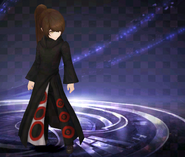 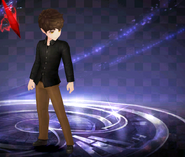 Costume Game Event for Baam
Add a photo to this gallery