Tochi (토치, Tochi) is a member of Team Bero that entered the Hell Express at the Wooden horse Station. He was a D-Rank regular that died on the train.[1]

He has brown hair. In the Hell Train Arc he can be identified with his loose sea green shirt and loose brown pants. 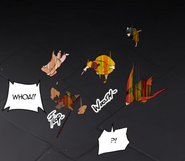 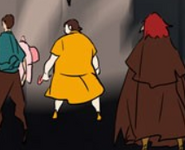 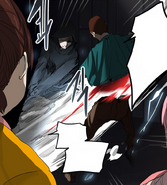 Tochi board the Hell Express along with Team Bero at the Wooden Horse Station. He was running with Bero Bero, Phonsekal Irure, and Pompidou.[2]

After encountering Angel and Buelsar Elliot, Team Bero, helped by Rak Wraithraiser began fighting with the two until they were told to stop by Vicente who had just arrived. Vicente threatened their aggressors until Hoaqin arrived. The two whiteys chattered until Hoaqin's side began attacking. When Team Bero let their guard down, Buelsar quickly killed Tochi.[3]