The Three Orders are a binding command given by Zahard, the King of the Tower.

However, not all of the orders have to be completed. If one order is carried out successfully, the other two will naturally disappear. Thus, these orders are considered as "choices" given by the King, with each order having a different outcome or future.[1]

The Three Orders were first seen at the Altar for Conveying Zahard's Orders where Vice Altar Director and Charlie worked.

For centuries, Zahard hasn't given any orders until he found out about the existence of the Irregular Twenty-Fifth Baam in the Hidden Floor, followed with the betrayal of Po Bidau Gustang when his Treasure Eating Stingray forcibly stole Zahard's most precious item, which is The Bracelet that Zahard had hidden in the Hidden Floor.[1] The recent Three Orders are as follows: 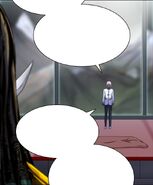 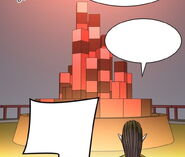