The Boss (대장, Daejang, "Captain, Leader") is a mysterious guy who visited war hero Dowon before she was sealed in the Wall of Peaceful Coexistence and told her about a boy who would spark a war in the far future when she wake up.[1] Not only Dowon, but he also visited war hero Cha and told him the same story.[2]

He shares the same appearances like Data Zahard and Ja Wangnan with yellow hair. The only difference is he has a mole right beside his left mouth.[1]

Little is known about The Boss's personality but Dowon stated that as ridiculous as the stories he told her, he didn't seem like a liar and was more like a gifted storyteller. The Boss's views regarding Twenty-Fifth Baam remains mysterious: He told Dowon that Baam would start a war after she woke up but he told Cha differently, stating Baam would make his desire for peace come true and that Baam came from a noble bloodline and destiny. The Boss also seems to have known Zahard and indicates he may be against the way Zahard ruled the Tower, stating that he had knew Zahard for a long time and never anticipated that he would become the monster he did, and as such he cannot anticipate whether Baam will follow a different path than Zahard or only become another monster. 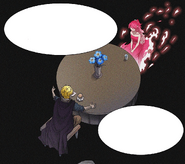 The Boss chat with Dowon 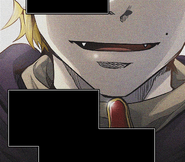 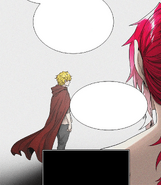