Tower of God Wiki
Register
Don't have an account?
Sign In
Advertisement
in: Characters, Males, Rankers,
and 3 more
English

Stuah Arthur treats Zahard's Orders with reverence and he cares about the state of affairs in the Zahard Empire. To keep the Tower from falling into chaos, he is capable of using other people as sacrificial lambs.[1] 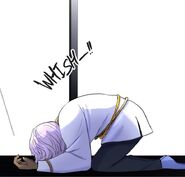 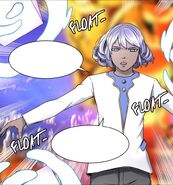 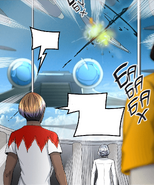 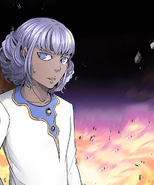 After receiving Zahard's Orders, Stuah Arthur decided not to follow with the standard procedure of delivering full orders to the military and administrative authorities. He did this to prevent the outbreak of a war with the Bidau Family. He had no qualms about sacrificing the new worker in the Altar, Charlie, to make that plan possible.

Stuah Arthur was sent to the Last Station of the Hell Train, together with his subordinates. He successfully managed to convince the station's ruler, Lee Xiawun, to cooperate with Zahard's Army.

When Evankhell and Karaka's minions arrived at the Last Station on the 44th Floor and started to cause mayhem, Stuah Arthur, together with Charlie and Vice Altar Director, noticed it right away. After a moment of wondering if they should help Zahard's Army, they decided to do so. Stuah Arthur teleported them with his Lighthouses.