Purple Dementor boasted incredible defensive capabilities, being able to tank Ha Yuri Zahard's strikes without so much as taking a lick of damage (albeit she wasn't using her full power).[1][2] It was also capable of generating powerful high-density shinsu blasts from its mouth.[2] However its secret weapon lay in the second finger on the Purple Dementor's right hand and inside it was contained an extremely potent poison that was capable of even making High Rankers temporarily lose consciousness.[2] The poison is only released from the Dementor's fingertip when it so desires.[2] 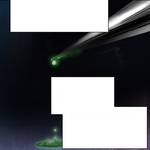 Retrieved from "https://towerofgod.fandom.com/wiki/Purple_Dementor?oldid=139032"
Community content is available under CC-BY-SA unless otherwise noted.