Data Asensio is an artificial character, a young version of High-Ranker Khun Marco Asensio back when he was still a Regular. It was created by the Hidden Floor system after the real Asensio finished all Hell Express test to save his data.

At some point, after clearing the Hell Train, he arrived on the Hidden Floor and left data of himself in it. He seems to hold some position of power in the Khun Family as Khun Aguero Agnis recognized him as the Spear Master. As a generated sworn enemy of Aguero Agnis, Khun Kiseia later confirms this by saying that he became a High Ranker outside of the Hidden Floor and formed his own faction within the family.[2]

As a member of the Khun Family, Asensio possesses the normal traits of his family: he has blue hair, blue eyes, and pale skin. His hair is short and seems to be darker than the usual norm, having a sapphire color instead of a lighter blue. He has two earrings, one on each ear, in the form of blue rings. He has a tattoo on the bottom of his right cheek and continuing on his neck, the tattoo consists of 5 diagonal blue squares. Asensio also seems to like bubble gum a lot.

As data on the Hidden Floor, young data Asensio shows full loyalty to the Khun Family and Khun Eduan. He highly respected his father to the point of willing to risk his life by taking Hell Express route, dedicate to clear and pass all the train tests, just so that he can reach Hidden Floor to meet the data of his father and serve him. Asensio is afraid that he will disappoint Eduan and scared of his wrath, as seen when he was nervous upon hearing Maschenny contacted him while he was explaining about Eduan. He immediately defended himself and explaining that he wasn't talking behind their father's back.[1]

Asensio is very humble, loyal, diligent, truthful, patient, wise and shows full respect to those who are stronger than him, like when he says that he's way far inferior to his sister Maschenny, or when he would often volunteer himself to replace Eduan and Maschenny, and letting him do the hard work instead. As seen when he volunteered to escort Sachi, Boro, Hockney, and Batis, or when he volunteered to replace Maschenny in fighting Big Breeder "Jeok". He is also willing to be ordered around by them if needed, indicating that he wanted to be helpful for the family. He will kneel on the ground and bowing his head and body if he was in contact with his father or Maschenny. Asensio also apologizes a lot if he made mistakes to both of them.

He disliked and hated everything that disrespected something he values off, such as when he was a little pissed when he found out Batis didn't bring the promised child to meet his father, or when he finds out that big breeder Jeok can use the spearmanship of the Khun Family, but Jeok humiliated the Khun Family's name because he failed to do it properly. 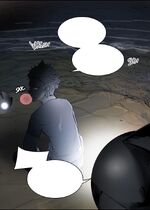 Team B goes to the hidden stage, Sweet Castle. Batis uses the ice cream cone to communicate with data Khun Eduan, saying that "that person" is here so Eduan could join the fight against Big Breeder and data Zahard. After Eduan listens to the message, he orders Asensio to bring them to the stage he is on. He then appears next to Batis using a mirror. Batis explains that "that person" is not among Team B and is on another stage in order to deceive Big Breeder. Asensio then comments that all they need to do is finishing the quest in order to see "that person". He tells Boro to pick the hardest quest and promises to finish the quest for Team B. Asensio easily defeats the villain and completes the grand quest. 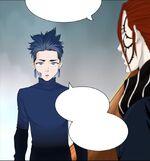 He reveals that Khun Eduan doesn't like waiting and hates nuisances and that only three of the Khun Family whom Khun Eduan likes are with him. According to whom, Eduan is a very self-centered person and most of his children don't like him. Nearly all of the people who come to the Hidden Floor and meets Khun Eduan don't leave. Within two days, Asensio leads Team B to the Palace of Spears only to find out that Khun Eduan already left because he was impatient of waiting. Team B meets data Khun Maschenny. 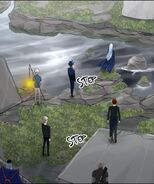 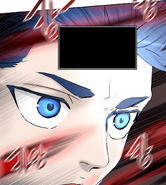 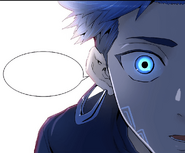 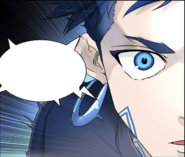 As someone who has reached the Hidden Floor as a regular and has gotten Khun Eduan's approval while being one of his direct sons, Asensio is very strong. As a data of himself on the Hidden Floor, he manages to defeat D-class villain easily and clear the entire grand quest on his own without Team B's help in just two days. He is very agile and has fast reactions and speed.

On top of that, Khun Kiseia says that he succeeds to become a High Ranker on the outside of the Hidden Floor and that he formed his own faction within the Khun Family. He is very famous for using his spear like a flying fish. It was known as the 'flying fish spear skill'.[2]both blades at the end tip of his spear will fall off and fly around and attack the target very rapidly and countless times. Big Breeder Jeok was even surprised and said that why he felt 'like fighting hundred of blades' when in reality it's only two blades.

As data humans, Asensio have amazing combat skills like:

Flying Fish Spear: Asensio used a unique blue spear as seen in the Hidden Floor in his regular data. It seems that he still has this weapon after he became a High Ranker, since Khun Kiseia mentioned that "Asensio is famous for using his spear like a 'Flying Fish" ". This spear's grade is still unknown.

The shape of this spear resembled that of martial arts "stick" weapon that often used for fighting or sparring. See Wikipedia: Stick-fighting. It looks like a combination of long sticks and 'Nunchaku' (Japanese: ヌンチャク Hepburn: nunchaku, sometimes "nunchuks", "nunchucks", "chainsticks", or "karate sticks" in English). See Wikipedia: Nunchaku. Perhaps, the concept of Asensio's spear might have come from Nunchaku, (although it's not confirmed by SIU) as it has a special mode that works very similar like Nunchaku. However, the element "fantasy" was added instead by making the tip of the weapon to be wireless and not chained physically like Nunchaku. 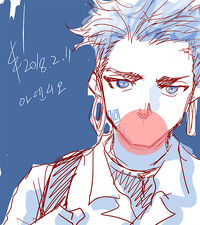 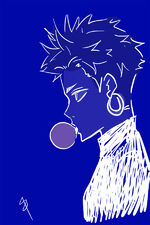