Tower of God Wiki
Register
Don't have an account?
Sign In
Advertisement
in: Characters, Females, Regular,
and 4 more
English

Khun Kiseia (쿤 키세아, Kun Kisea) is a younger cousin and half sister of Khun Aguero Agnis. After her mother died, Khun Agnis (Aguero's mother) adopted her. She then become a foster sister of Aguero.[1] She was generated as a Data Humans and Sworn Enemy of Aguero in the Hidden Floor.

Kiseia is a daughter of the younger sister of Aguero's mother. She grew up with Khun and his older sister, ever since her mother died in a fight between the families.[1]

She has a big resentment towards Aguero who chose to side with Khun Maria Zahard, and betrayed his own biological sister. Kiseia seems to love Aguero's older sister, and already considers her as her own big sister since she helped her in the competition to become a Zahard's Princesses.[1] 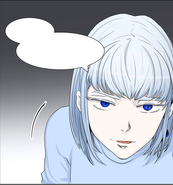 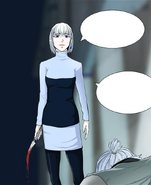 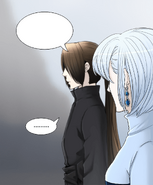 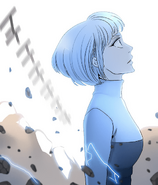 Kiseia always has a remarkable knife combat ability. The trajectory of her dagger resembles lightning and is therefore hard to block. She killed a lot of her older cousin's rivals in Zahard's Princesses competition.[1]

Baby Growler: An observer which she got from her mother. The growler has the ability to neutralize Khun's Lighthouse.[2]