Tower of God Wiki
Register
Don't have an account?
Sign In
Advertisement
in: Characters, Rankers, High Rankers,
and 9 more
English

Khun Eduan (쿤 에드안, Khun Edeuahn, Kun Edan) is a High Ranker, currently in the 6th ranking. He is the head of the Khun Family, one of the 10 Great Families, and also the father of numerous children from the Khun Family, such as Khun Aguero Agnis.

His sobriquet Marlin (청새치, cheongsaechi; literally "Blue swordfish", in English "marlin") was given due to his enormous spear called Mago, which if decompressed, it's said it could pierce half of the Tower.[1]

His other sobriquet is Blue Thunderclap (, pureun jingyeok; literally "Blue Thunder/Quake Strike" or "Blue Lightning Strike") because of the property of the shinsu he controls; the shinsu he controls is very fast and has tremendous electrical power.[1] There were a lot of opinions that his sobriquet should be the Electric Eel because of this property, but Khun Eduan directly showed refusal, threatening he would "kill everyone who called him an eel".[1]

While his current appearance may be a little bit inaccurate due to seeing him as a data of himself on the Hidden Floor and not his current self, we can still get a pretty good idea of how he looks like in the present. Eduan, being the head of the Khun Family, is the one and only source of the typical traits that the family has, such as having blue hair and eyes and having pale skin. He has long hair and his eyes sometimes vary in color while still being in a blue shade, at intervals they can have a light-blue color and at other times they can a purplish color. Eduan is known for his magnanimous personality and taking delight in fighting.[1] He is also extremely proud and self-confident but is also honorable. He is shown to be apathetic towards his children, as he shows little interest in their contest and is despised yet also feared by one of his sons Khun Aguero Agnis. Hidden Grove went as far as to say that Eduan didn't care that they murdered his child as long as he had women and booze. One of his sons who was a member of the Hidden Groove even stated that Eduan was the worst father a child could want. 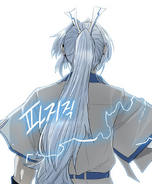 Data version of Edahn in the Hidden Floor

Data of Edahn in the Hidden Floor 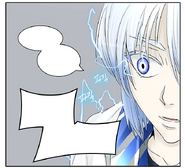 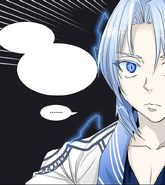 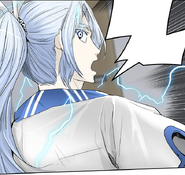 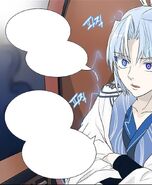 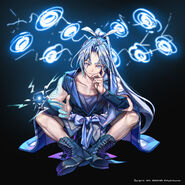 Khun Eduan is famous for his lewdness and he is the man with the most wives among the 10 Family Heads.[1] He has a lot of children, so many so that they number in at least the thousands[5], and as such there is a lot of veiled competition among his children in the family; too much competition has created the 'official' fights.[1] It is held once a year, with the following rule: 'When the children of Khun reach the age of 10, they are to fight each other. The winners are recognised as the true children and are allowed to wear the crest of the family, but the losers become the 'abandoned' and do not get the crest'.[1] Although the fights are inhumane and bloody, Eduan himself says he's "not very interested".[1]

As the holder of the rank six in the entire Tower and the second strongest of the Great Warriors, surpassed only by Arie Hon, it is obvious that Eduan is an immensely powerful High Ranker. Before Enryu appeared, Eduan was considered the strongest Spear Bearer in history, even earning the title God of Spear for his abilities with a spear. The name of his spear is Mago and when it is ignited its compression rank increases to an abnormally high figure.[1] It is said that when partnered with Hendo Lok Bloodmadder, they formed an invincible team.

Master Hand-to-Hand Combatant: Regarded as among the strongest of the 10 Family Heads in terms of close-quarters combat, in addition to being a great Spear-Bearer, Eduan is also fully capable of functioning as a Fisherman. His data self proved to be capable of keeping up with Data Zahard in a hand-to-hand fight.

​​​​​Shinsu Quality: Eduan claimed that even among Zahard's companions, his shinsu qualities are exceptional. By the time the data version of himself was created, he has three qualities.[6] He can use electricity, ice, and an unknown shinsu quality. The shape of his shinsu is a spear, befitting his title as God of Spear.[7]