Tower of God Wiki
Register
Don't have an account?
Sign In
Advertisement
in: Characters, Females, Zahard's Princesses,
and 2 more
English

As one of the Tower's best informed residents, she was tasked by Ha Yuri Zahard to find Baam, a task which she completed successfully. However, also being aware and looking forward to the return of the Prince of Zahard, she's apparently also following some plan or might otherwise be expecting something entertaining to happen in the close future since she is very confident after having made Ha Yuri Zahard "participate" in her plan saying "Good, got her". She calls her observation of the entire Tower a "game".

If this is true, it could mean she could potentially become one of the most skilled Light Bearers in the whole Tower, however Repellista has never been interested in climbing it. She received her Opera from the first and highest ranked Light Bearer in the Tower Tu Perie Tperie.

Repellista is visited at her floating castle by Khun Maschenny Zahard and later on by Ha Yuri Zahard. Yuri went to Repellista's room, where she asked for help in finding Baam, due to him being "a total hotty". Repellista accepted, with the deal that Yuri would find something in return. As Yuri left her room she stated that the boring days were over, as she anxiously buried her face in her blankets as countless of her Lighthouses lit up, simultaneously waiting for the Prince of Zahard's return.

After she called Yuri, her sister arrived and asked her why she called. Repellista replied that the "boy" was alive, much to Yuri's shock and delight, and then told her sister that she would need to get on the Hell Express because he would be on it in a years time. After Yuri asked how she'd get aboard, Repellista gave her an Express Ticket. 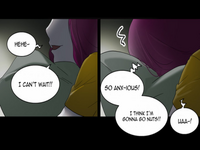 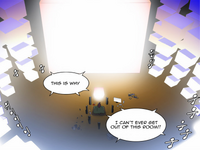