Hwang (황, Hwang) is the first Big Breeder and was created by Zahard in order to control the Hidden Floor.[1] It's original form is actually a yellow ball. But it seems that it can manipulate and create a custom body physically as data.

Hwang chose other Big Breeders to do its job and it spend most time in boy's body living with the mother. She was oblivious to all of that. Hwang was just data so the boy grew in a different way than a normal human. At some point the mother realized that it wasn't her actual son. Hwang confessed everything, but it wanted her to accept it anyway. She rejected it and wanted to delete her and so Hwang did.[1]

Unlike the other Big Breeders, Hwang is pure data and has no body, but it can control Dolls.[1] After meeting Ha Yura's mother it controlled body of her son. Hwang often is inside the golden orb.

Hwang's main goal was to leave the Hidden Floor and become a real human.[2] 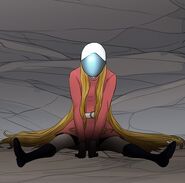 One of Hwang's Dolls 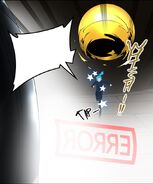 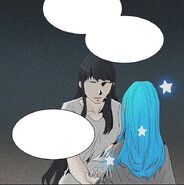 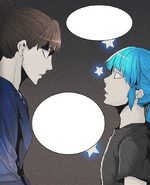 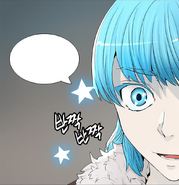 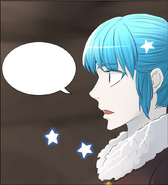