Grand De Lee (그랑 드리, Geulang Deuli) is the current leader of North City on the Floor of Death. He currently accompanies Grand De Jah in the Spirit Room.

At some point, Grand De Jah chose him as his replacement to become the leader of North City.

His skin is alabaster white while his eyes have no visible pupils. He also wears a cloak that is half fixed over his upper body.

While appearing solemn and serious, he is also a very apologetic individual as noted by Baam and Rachel. 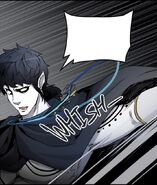 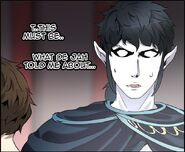 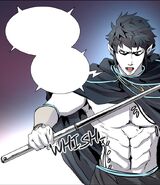 He fights with a Needle and owns an invisble Observer: the Little Bee.

Retrieved from "https://towerofgod.fandom.com/wiki/Grand_De_Lee?oldid=109011"
Community content is available under CC-BY-SA unless otherwise noted.