Evan Edrok
Khun Aguero Agnis
Enna Core is an advanced technique that allows a single Lighthouse to do as much computation as nine of them with each side handling a different set of calculations.[1] On a purely theoretical level, it is an extremely simple skill, though in practice it is very difficult since even dividing one side of a Lighthouse causes a massive overload. As such, normal Lighthouses cannot utilise Enna Core.[1] 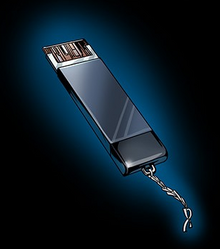 By upgrading a normal Lighthouse with using the A-graded "Enna Core upgrade kit" secretly produced by the Workshop, a Lighthouse then use Enna Core.[1]

Changing the Mystery Sphere's mode to Red Crystal (레드 크리스탈, Ledeu Keuliseutal), changing the colour of the sphere from blue to red, enables the user to teleport the entrapped opponent wherever the user wishes in the instant where the opponent attacks with enough power to break through the sphere.[1]

Retrieved from "https://towerofgod.fandom.com/wiki/Enna_Core?oldid=146429"
Community content is available under CC-BY-SA unless otherwise noted.