All of the Tower

The Da-an tribe (다안족, 多眼族) is one of the species in the Tower. A member was first seen during the "Deathmatch" Test on the Floor of Test[1] and several more were seen as cooks for the Regulars on the Floor of Test. Some were also seen on the 20th Floor acting as bodyguards to both Prince and Kim Lurker.

The Da-an tribe is present on most of the Floors in the Tower and, despite their large imposing appearance, are considered a docile species.[2] They are also famous for filling the Light Bearer position.[3] 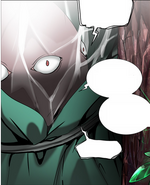 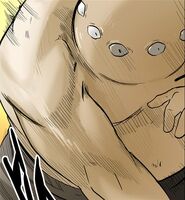 Retrieved from "https://towerofgod.fandom.com/wiki/Da-an_Tribe?oldid=115069"
Community content is available under CC-BY-SA unless otherwise noted.