Part 1 Review: As the name describes, this is a special Chapter SIU wrote for a summary of ToG: Part 1 Reviews, and some sneak peeks of Part 2. In a way, this is considered to be the seventy-ninth chapter of Volume 1 of Tower of God.

"The Ranker position in the Tower is a very lavish status (you can assume they have no problem with living expenses). However, just because they became a Ranker doesn't mean their rivalries have ended. Rather, they enter into more fearsome rivalries, so they seek better positions and better jobs.

The reason behind a Ranker's rivalries will be slowly explained later."

- About the time needed to clear a Floor and if the progress will be faster or slower:

"It depends on the Floors. Some will make no appearance at all and some will drag on like the Floor of Test. A lower Floor could come out later as well and a higher Floor might come out first as well. Also, regardless of the Floor count, it's best to think of the plot that will unfold as the core content."

- About what happens to Regulars who fail a test: 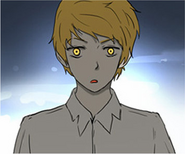 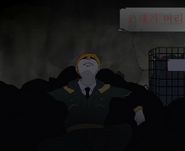 I'll take two weeks off and see you again. Thank you.


Thank you for participating in the Q & A.
For those who's question we haven't answered.
I wanted to answer all the questions.
But, please understand that this was not possible.

In fact, I wanted to stay longer.
I give my thanks to Naver and you, for your support.
After the two week break I will upload two chapters.

We will post addition information on the blog occasionally even during the absence.
I'm screaming sometimes on Me Today.
If you are interested, you can visit.
SIU's Me Today Account (Not in use anymore)

I'll be back soon
In Part 2, I will try to come back more better than before.

Retrieved from "https://towerofgod.fandom.com/wiki/Ch.79:_Part_1_Review?oldid=148966"
Community content is available under CC-BY-SA unless otherwise noted.