2F - Last Examination (1): This is the fifty-seventh chapter of Volume 1 of Tower of God. It shows Yu Han Sung and Lero-Ro disagreeing about the purpose of the Second Floor and Khun has come up with a plan to let Rachel pass the test.

Khun turns up again and tells Baam that he may have figured out a way to get Rachel into the next test, despite her injuries. Rak believes that he was really "pooping".

The test results are announced, most of Khun's "friends" made it through but Rachel is marked "Injury Out". Mauchi is angered because he didn't pass and starts complaining about it, so Yu Han Sung invites him down to the floor and tells him that if he can make it out without losing his mind, he'll pass. Before Mauchi can react, he is completely immobilised by shinsu and Parakewl is unwilling to help. Then Khun stands up and says he also has a problem with the results. Yu Han Sung tells him to come down.

The Rulers of the Tower 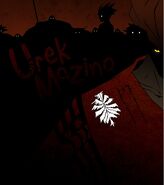 Yu Han Sung reveals the true purpose of the tests 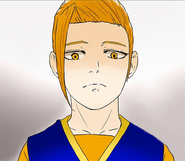 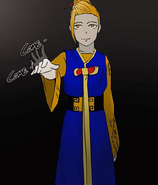 I'm so sad that my favourite character Rachel failed

For some opinion on that the story feels unexplained a bit,
I decided to put Yu Hang Sung and Lero-Ro talk for that after some consideration.
So that is why the dialogue is a bit long.
There would be some who would have thought "Oh I know it from blog" though.
There was a scene of Lero Ro and Yuri's flash back,
but it got cut out since it looked out of place.
I'll put it up if many want it, though.
[Note, the pic where younger Yuri and dot-less Lero-Ro meets is probably this one.]


Next chapter will be long, so I may have to cut it half way.
I want to do it in one go, because it is important chapter, though...

Retrieved from "https://towerofgod.fandom.com/wiki/Ch.57:_2F_-_Last_Examination_(1)?oldid=153127"
Community content is available under CC-BY-SA unless otherwise noted.