The Bug Room (버그룸, Beogeulum)[1][2] or "Glitch Room", refers to a secret and hidden space somewhere inside the Hidden Floor to stores any kind of malfunctions or errors. It was first revealed when Big Breeder Hwang came to visit Data Urek.[1]

After the real Urek Mazino failed to copy his data perfectly in the Hidden Floor because his power are simply too strong for the system to measure, Urek smashed and broke the Mirror at the End into pieces and left. After the mirror broke, a temporary "error" occurred to Big Breeder Hwang and all Data Humans. Even the Sworn Enemy who should have disappeared when he left the Hidden Floor, remain exist in an unstable form. Then, a massive "Bug Room" was formed. Big Breeder Hwang then opened the gate pr portal of the Bug Room and started to put all of the data with "errors" mark into this room.[3]

On the day of the duel, after Baam and Data Eduan took the right side elevator to fight Data Zahard, Hwang guided Khun Aguero Agnis, Rak Wraithraiser, Androssi Zahard, Bero Bero, Sachi Faker, Boro, David Hockney, White, Traveller and Icarus into the left elevator and later they ended up into the Bug Room territory and meet Data Urek who has been waiting on top of the pillars. Hwang and Data Urek then explain their plan to lure out Mirror of the Past from The Third Space and trick it to copy the Hidden Hidden Floor territory, so the scale will catch a glitch and it will enter into the Bug Room territory and then Data Urek will destroy it[2]

Hwang reveal the Hidden Hidden Floor, connecting it to "The Third Space" via Bug Room 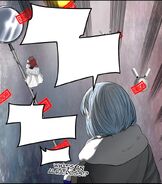 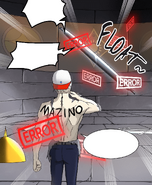 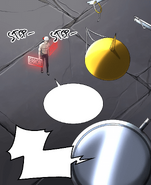 Retrieved from "https://towerofgod.fandom.com/wiki/Bug_Room?oldid=135758"
Community content is available under CC-BY-SA unless otherwise noted.