Blood Tamara is an item created by The Workshop researcher Punk as a reward for being the first to shoot an enemy during the One Shot, One Opportunity game.

When a Blood Tamara is dissolved into a person's blood it makes them temporarily invulnerable. It is deemed the "Ultimate Defense".

The symbol of Blood Tamara in "One Shot, One Opportunity" 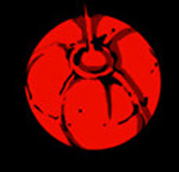 Unleashing Blood Tamara
Add a photo to this gallery

Retrieved from "https://towerofgod.fandom.com/wiki/Blood_Tamara?oldid=133722"
Community content is available under CC-BY-SA unless otherwise noted.