Baangs (방, 放, literally "release") are the unit of controlled shinsu. Each Baang quality measured in Myun (면, 面, "surface"), which depicts a Baang's size and Soo (수, 水 (literally water), "mass"), which depicts the concentration of shinsu within a Baang. Myun can be thought of as the amount, while Soo can be thought of as purity. It is normally very hard to manipulate shinsu. 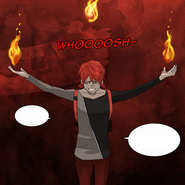 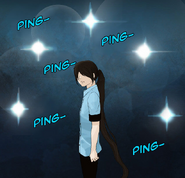 Anak - 4 Baangs
Add a photo to this gallery

For those who have no aptitude, it is impossible. Even for those who are talented, it takes at least four years to create just one Baang. After that, they have to learn how to manipulate it. The measurement of Baangs is equivalent to the measurement of skill, as considerable shinsu control is needed to create them. SIU has stated that High Rankers usually make 30-50 Baangs[1], although Enryu was recorded to have made 9000 Baangs, an astonishing feat that far outstripped the other Rankers.

Baam, who has a high aptitude for shinsu manipulation (probably because of his Irregular status) was able to manipulate shinsu in two weeks. In 6 years, as Jyu Viole Grace he was able to manipulate 5 Baangs. However, the ability to manipulate more Baangs does not mean more power. The power is measured with Soo and Myun. The ability to create more Baangs means that one has an advantage over the opponent since the opponent needs to avoid more attacks but, it is also harder to control and even harder to increase its Myun and Soo. The phenomenon where Myun and Soo decrease when Baangs increase is called a Minus Tendency. With practice, the Minus Tendency can be overcome. There are extremely rare cases of Plus Tendency where the Myun and Soo increase with the Baangs, but this is rarely seen. The number of Baangs is equivalent to the skill of a Wave Controller because while Myun and Soo can be increased through a Lighthouse, Baangs can only be created through the shinsu control of the Wave Controller.

Baangs can vary in appearance. They are not shinsu, rather a way to use shinsu. In Quaetro Blitz's case, this control over shinsu manifests itself as flames. In Viole's case, it manifests itself as white lasers. While it is probable that Viole can manifest shinsu in other manners, this seems to be his natural manifestation, since he also used shinsu in this way to defeat the Bull. Likewise, Quaetro's natural manifestation of shinsu is probably fire, since SIU also said that the Blitz Family are notorious for producing Fire users.[2]

Retrieved from "https://towerofgod.fandom.com/wiki/Baang?oldid=141582"
Community content is available under CC-BY-SA unless otherwise noted.